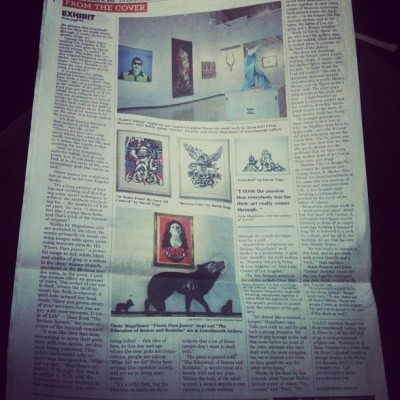 Here is a link to the online version: MySanAntonio.com/LA-SA

NEW YORK — A delegation of more than 50 acclaimed writers, visual artists, and filmmakers will gather in Tucson and Phoenix, Arizona September 10-16 to kick off a major national arts-based campaign challenging punitive, anti-immigrant laws and longstanding federal immigration policies.
A coalition of artists, CultureStrike, will come together in Arizona–epicenter of the immigration crisis–to launch a national initiative to produce visual, written, video and other works designed to educate the public about the devastating effects of our nation’s current policies toward immigrants, while mobilizing communities to fight against punitive and discriminatory immigration laws nationwide.
Among the delegates are a number of award-winning writers including National Book Award winner Maxine Hong Kingston and National Book Award finalist Jessica Hagedorn, New Yorker Magazine “20 under 40″ writer Daniel Alarcón, a Tony Award winner, two MacArthur Fellows, four American Book Award winners, and a Yale Poetry Prize winner. The group also includes notable visual artists such as Emory Douglas, former Minister of Culture of the Black Panther Party; El Mac, prominent street artist and painter; and Tania Bruguera, interdisciplinary artist and 1998 Guggenheim fellow.
“We believe Arizona represents the epicenter in a major civil rights battle of our time,” saidFavianna Rodriguez, a visual artist and a founder of CultureStrike. “As artists and writers, we have come together to stand against a growing anti-immigrant climate, enabled by hatemongers like Pearce and Arpaio, as well as Obama’s failed and repressive federal immigration policy.” 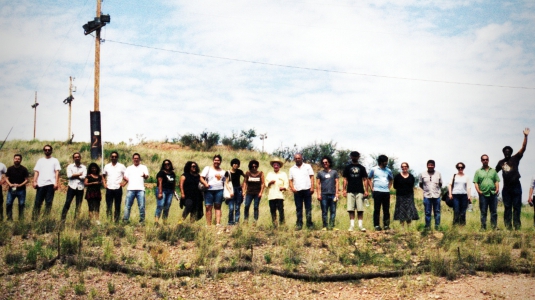 Found these clips from my trip to Chiapas in 2005/2006. It is footage of the Zapatista and Marcos at the kickoff of La Otra Campaña.

So life is always interesting around LA, especially as an artist. Decided to finally blog about it.